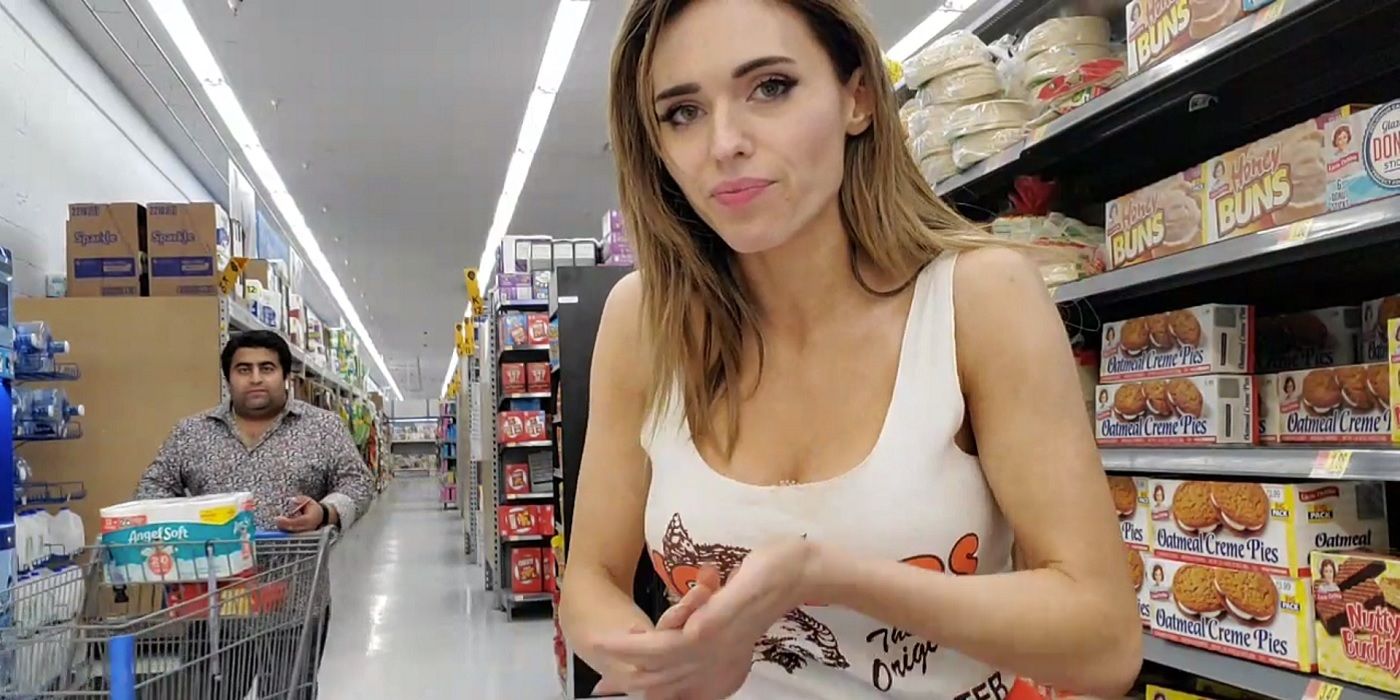 Ever since controversial Twitch streamer Amouranth was banned at the beginning of September for a wardrobe malfunction, her channel has exploded in popularity. Amouranth has continued to grow her popularity, largely thanks to her Twitch IRL streams where she takes her chat with her out in the real world. Recently, this included a trip to Walmart where it appeared as though a shopper tried to secretly take a picture of Amouranth.

In the clip, a man walks up from behind Amouranth and holds his phone up, and it looks as though he is aiming its camera at her. He then walks up to the Twitch streamer and asks to get by her and to some food. He then takes a picture of the food, which confuses Amouranth. Amouranth’s Twitch chat tells her that they think the man was trying to save face after realizing that he was possibly recorded taking a photo of her.

Now, we must stress that it’s entirely possible the man in the clip wasn’t actually taking a photo of Amouranth. It certainly looks to be the case, but he may have just been looking at something on his phone. Regardless, it can be added to the growing list of notorious Amouranth Twitch streams.

Besides the Twitch stream that got Amouranth banned for her accidental wardrobe malfunction, there have been some other notable streams on her channel since then. In one instance, Amouranth was asked to leave a TwitchCon event. Some people incorrectly assumed that this was due to her reputation or because of what she was wearing, but the actual reason seemed to simply be that the event already had full seating.

In a more recent Amouranth Twitch stream, the streamer was criticized for reading her chat while driving. It’s unclear if Amouranth received any kind of punishment from Twitch for the incident, as other streamers have been suspended for similar reasons in the past.

In the meantime, Amouranth’s Twitch channel will continue to grow, especially if she keeps experiencing strange events that catch the attention of people outside her typical audience. Hopefully, her streams are free of other instances like this, though, assuming that the man in the stream was, in fact, taking a picture of her.