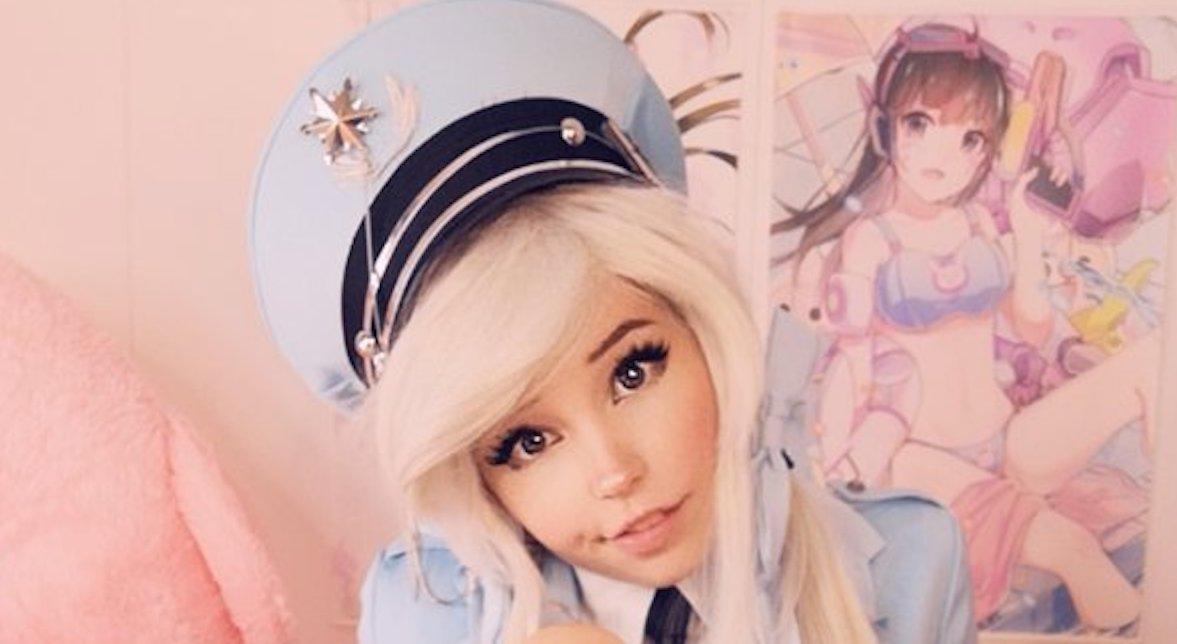 Cosplayer and bathwater seller Belle Delphine interrupted her regularly scheduled programming to let her followers know one major life update: she was arrested.

Belle (real name: Mary-Belle Kirschner) took to Twitter to share the unexpected news, writing, “I got arrested lol” alongside a photo of her mugshot, where you can see that her mascara has run down her face.

So, why was Belle Delphine arrested?

It didn’t take long for her fans to start guessing what crime Belle had committed, as the only clue we had to her arrest was a watermark for the Metropolitan Police. 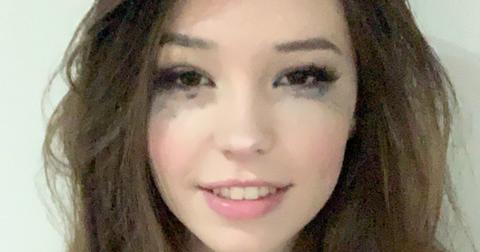 “Tax fraud I’m guessing,” one follower wrote before another disagreed, jokingly adding, “This is what happens when you poison half the nation with your bathwater.”

A third chimed in, “Another day another gamer girl oppressed by the police.”

Well, it turns out, Belle was arrested for vandalism after she accused a friend of stealing her hamster — and spray painting her car as revenge. 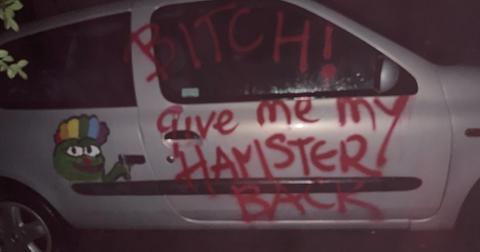 ‘This girl came to my party and stole my hamster,” Belle explained on Twitter. I have no idea why, or who tf does that? I spray painted the fucc out of her car and got arrested, at least I got my hamster back. b—h.” 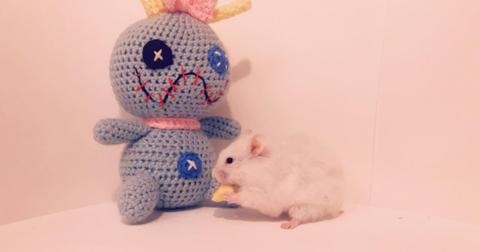 This wouldn’t be the first time Belle has gotten in “trouble.”

Belle is known for messing with her fans. Earlier this year, she told her followers that she would create her own account on an adult website if her photo reached one million likes.

But it just turned out to be a video of Belle playing with two stuffed cockerels on her bed. 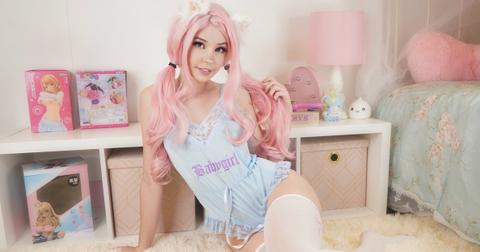 When she began selling her bathwater, which she also promoted on the adult website, she made it clear it was not intended for consumption — and even mentioned her little NSFW stunt.

“What was I going to do to top my P–nhub stunt? Well if you guessed selling my bathwater, you’d be right,” she wrote. “Disclaimer: This water is not for drinking and should only be used for sentimental purposes.”

Where is Belle Delphine now?

Right before posting her mugshot, Belle was on vacation in Greece, but it was unfortunately cut short. “Me on holiday before I got food poisoning, had to get an ambulance to a Greek hospital and then fly back home a week early,” she captioned a selfie.

me on holiday before I got food poisoning, had to get an ambulance to a greek hospital and then fly back home a week early….. uwu pic.twitter.com/1IYGbx4gTE

Originally from South Africa, Belle currently lives in the United Kingdom — so chances are her arrest took place there.